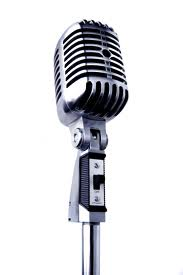 Peter Sloggatt is associate publisher and managing editor for Long Islander Newspapers. The newspaper group includes The Long Islander, founded by Walt Whitman in 1838, as well as The Record / Northport Journal and The Half Hollow Hills Newspaper covering all of the communities in the Town of Huntington. The company also produces publications serving the legal community in five NY metro area/Long Island counties. He covered the town as a beat reporter and editor for more than 25 years.

Kristin Thorne is a Long Island correspondent for WABC-TV's Eyewitness News. Before joining the Eyewitness News team in January 2012, Kristin was a reporter at News 12 Westchester. Before that she worked at WHTM-TV ABC 27 in Harrisburg, Pennsylvania. Kristin loves being involved with the Long Island community. She is on the leadership council of Big Brothers, Big Sisters of Long Island and volunteers with the Society of St. Vincent de Paul and Little Shelter Animal Rescue and Adoption Center.  Kristin graduated magna cum laude from Georgetown University in Washington, DC and earned her master's degree in broadcast journalism from the prestigious Medill School of Journalism at Northwestern University. She is the recipient of an Emmy Award and has received numerous Emmy nominations. She has also been honored with a regional Edward R. Murrow Award. When she's not busy working, Kristin enjoys taking dance class, studying Spanish, and traveling. Kristin lives on Long Island with her husband, two children and their Corgi Max.

A Huntington Resident since 1982, Pam Robinson is currently the founder of HuntingtonNow.com. She has extensive experience in print, online, daily newspapers and a weekly business-technology magazine. Pam co-founded the American Copy Editors Society (copydesk.org), a professional journalism organization that focuses on training in news industry skills.

Deborah is a native Long Islander. She started at Newsday in 1998 and has worked in all corners of the newsroom, from the art department to the copy desk. She started her journalism career in television and moved on to radio broadcasting, where she was an award-winning reporter, before coming to Newsday, a life-long career goal. She has happily covered the town of Huntington, a place that she says offers a rich bounty of stories ranging from political intrigue, interesting features and fascinating profiles of the people and places that make the place an All-American City.